Facebook Pay is a new payment system for family apps

Facebook is launching a new payments system, appropriately named Facebook Pay. It will be available across Facebook, Messenger, Instagram, and WhatsApp. It’s designed to facilitate payments across Facebook’s popular social networks and apps. You’ll be able to use Facebook Pay to send money to friends, shop for goods, or even donate to fundraisers. The service will be separate from Facebook’s new Calibra wallet and the Libra network. It’s built on existing financial infrastructure and partnerships, according to the company.

Facebook is planning to start rolling out Facebook Pay on Messenger and Facebook in the US this week. It will initially be available for fundraisers, person-to-person payments, event tickets, in-game purchases. The businesses that operate on Facebook’s Marketplace will also have access to this feature. “Over time, we plan to bring Facebook Pay to more people and places. It will also be including for use across Instagram and WhatsApp.” explains Deborah Liu, Facebook’s vice president of marketplace and commerce. 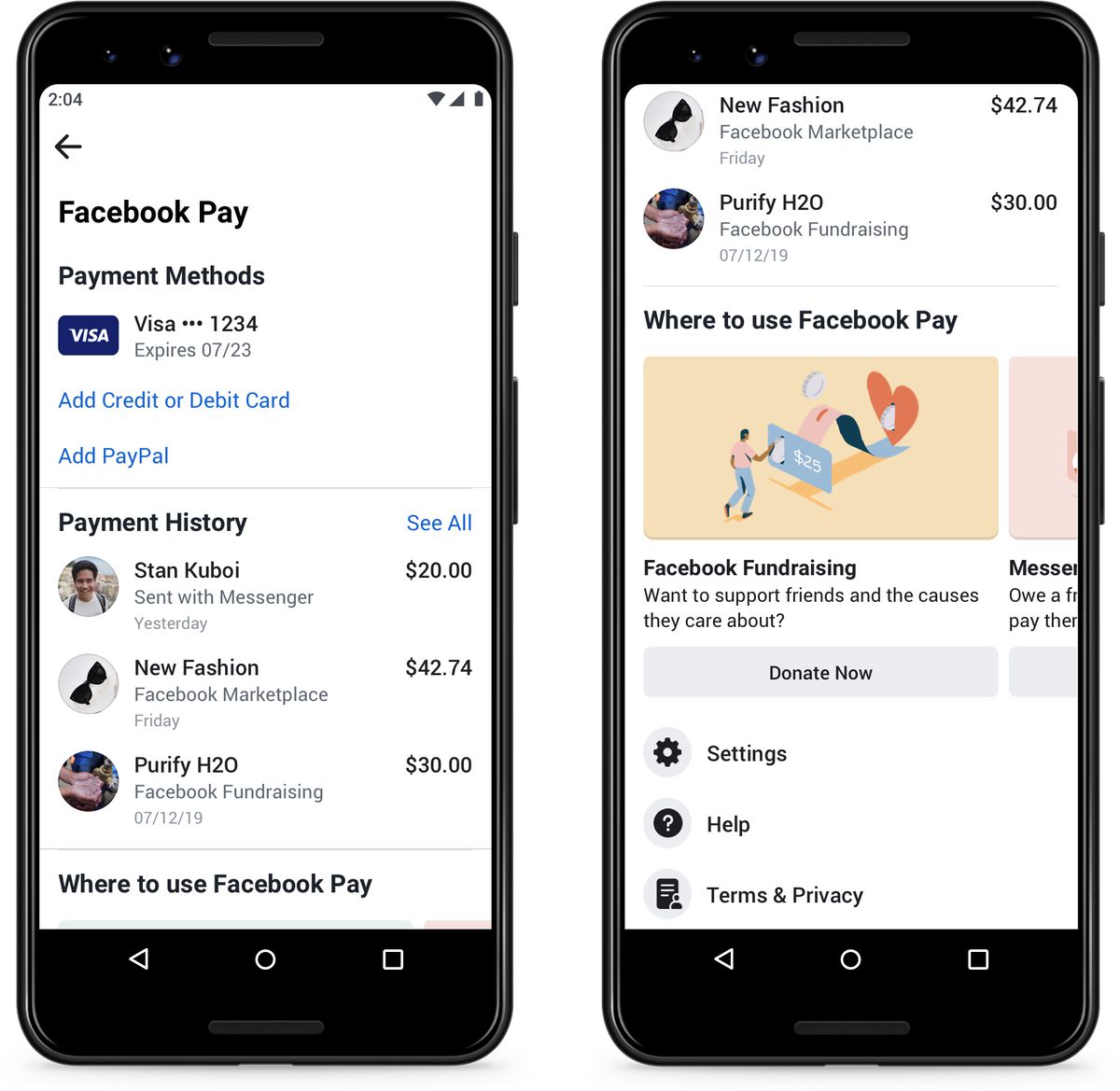 Facebook Pay will be available in the settings section of the Facebook or Messenger apps. Most importantly, It will support most debit and credit cards and PayPal. Facebook is using Stripe, PayPal, and others to process these payments.

However, Facebook has not declared the launch internationally. Till now, it has also not given any timeline for its availability across its apps. Facebook Pay comes just weeks after a large number of payment companies dropped out of Facebook’s Libra project. PayPal, which is supporting Facebook Pay, was one of the first companies to distance itself from the Libra Association. The association is a nonprofit organization. It oversees the creation of the cryptocurrency and its rollout.

“Facebook Pay is part of our ongoing work. We will make commerce more convenient, accessible and secure for people,” says Liu. “We’ll continue to develop Facebook Pay. We will look for ways to make it even more valuable for people on our apps”, she opins.